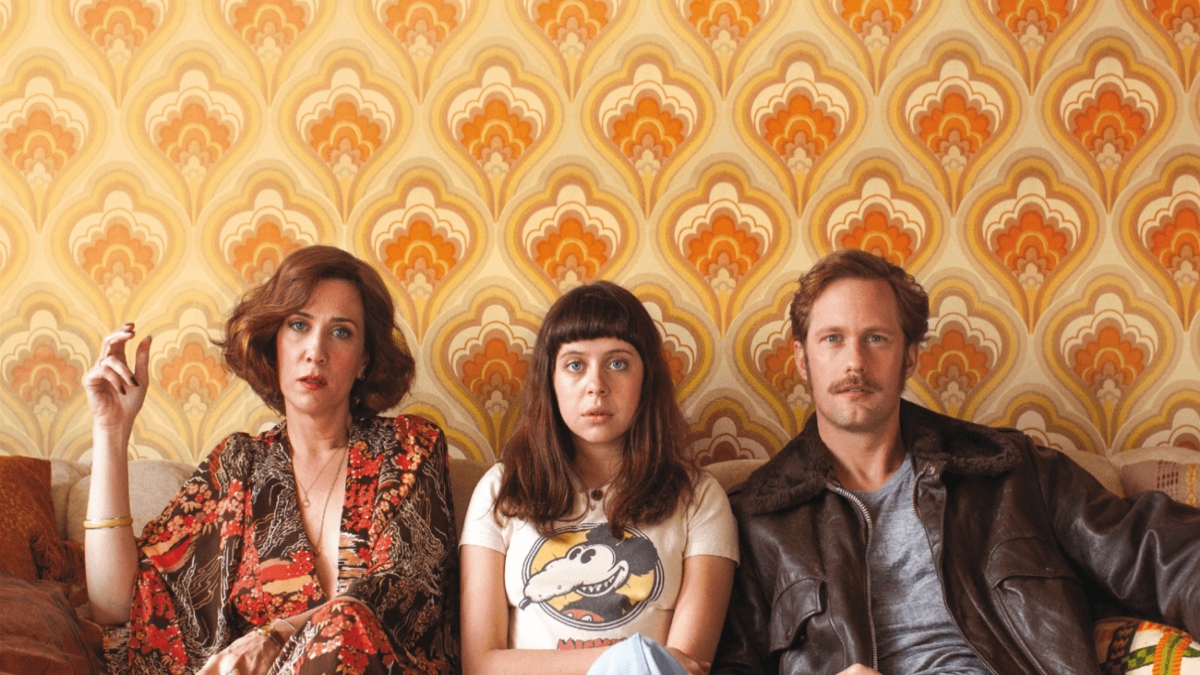 Women on Both Sides of the Lens: 10 Great F-Rated Movies

When Holly Tarquini, the executive director of the Bath Film Festival, was considering in 2014 how to better highlight festival entries that featured the efforts of female filmmakers, she thought of Elen Tejile. Tejile is the director of a Swedish art-house theater who decided to assign a special rating to any programmed film that passed the Bechdel Test — a gender-equality test that asks whether a film features a minimum of two female characters talking to each other about something other than a man.

While Tarquini was an admirer of the test, she wanted to go a little further — especially in the wake of a report from that year stating that only five percent of the top 250 films were directed by women. She wanted to shine a light on movies with women not just in front of the camera, but behind it, as well. And so, the F-Rating was born. The F-Rating is awarded to films that meet three criteria: they’re directed by a woman, and/or written by a woman, and/or feature (as the site puts it) “significant women on screen in their own right.” There’s also the ultimate form of the F-Rating: the Triple-F Rating, which is given to films that meet all three criteria.

The rating was a hit, receiving considerable press coverage and acclaim. In 2015, several independent cinemas and festivals in the United Kingdom adopted it. It was an important step, says Tarquini. “Films made by and about women have significantly less spent on them to promote them,” she explains. “They haven’t had the big ads on television, they haven’t had the posters all over the subway, so we just don’t know about them unless they’re screening at our local cinema, and then we suddenly start to hear about them.”

Now, even more people can keep up, due to the fact that IMDb has adopted the F-Rating in its search results. IMDb Founder and CEO Col Needham, who not only lives near Bath, but has supported the festival and rating for a while, personally pushed for the F-Rating to find its way to the site. At the time of this writing, there are more than 22,000 films that are F-Rated on IMDb, and nearly 200 that are Triple-F Rated. We asked Tarquini to select some of her favorite picks — all Triple-F Rated.

Adult Life Skills may seem to have a familiar plot about an existentially lost thirty-something looking to turn her life around, but it’s where it differentiates itself that it really shines. It’s not just the fact that its main character lives in a garden shed, or shares space with her mom and grandmother, but especially how the film views these characters. There’s also a lot of heart and laughs here. “It feels as though we’re not judging any of those characters. They’re all really flawed, they’re all trying to live life, but they’re damaged and complicated people,” says Tarquini. “I went to watch it by myself and I spent half the film crying and half the film laughing.”

This critically acclaimed film co-starring Kristen Wiig is about a talented young cartoonist in the 1970s who discovers her awakening sexuality. But it’s who she finds it with that becomes one of the more intriguing aspects: the boyfriend of her mother. Much of the coming-of-age aspects of the film are deeply relatable (“I wish that Diary of a Teenage Girl had existed when I was a teenager,” says Tarquini), but it’s also the latter plot line that makes it something more complex. “Part of the reason I like that one is because it brings up so many questions,” she says.

Set in the mountains of Pakistan, Dukhtar involves a plot most of us on this side of the world would be unfamiliar with: a young girl being promised in marriage to a tribal leader. “It’s drawing the curtain back on a culture and society that I don’t think many people in the West have any notion of,” says Tarquini. But as the girl and her mother flee their circumstances, Duhktar also becomes a tense chase film — albeit one with a captivating backdrop. “It’s a chase across absolutely stunning landscape,” says Tarquini. “It’s incredibly beautiful, but also terrifying, because of the consequences of what could happen if they get caught.”

Films about gangs are common, but (outside of Spring Breakers, perhaps) ones about girl gangs are less so. Girlhood is a film about a young girl in a Parisian suburb who discovers just that, and enters into a tightly knit life of thievery and sisterhood. “It’s just beautifully made and really unusual. I can’t think of another film like it,” says Tarquini. “Like Moonlight, it looks at a culture that I think most people don’t know and don’t have contact with.”

Lake Bell is a wonderful filmmaker, and her critically acclaimed debut about an aspiring movie-trailer voiceover artist trying to break into a profession dominated by men, including her own father, is proof of why. In A World is both poignant and funny. Especially funny. “Lake Bell is just so clever,” says Tarquini. “There’s something about people who are phenomenally clever without clobbering you over the head with it.”

There’s a perverse pleasure in dark comedies, and Alice Lower’s film about a pregnant woman who starts to believe that her unborn baby is telling her to go on a murderous killing spree is no exception. “Alice Lower is brilliant, and she’s evil. She makes you laugh at things that you really shouldn’t laugh at,” says Tarquini. “I will be stunned if Prevengeis not a cult classic. I think in 40 years’ time, people will be having Prevenge parties.”

This moving documentary focuses on the story of a young Afghan refugee whose family attempted to sell her into marriage, and who decides to voice (and fight for) her rights by rapping about child marriages and other cultural oppressions. That’s fascinating enough on its own, but it also plays with the general rules of documentary. “What happens is that the filmmaker gets involved — So, it goes against all the ethics of documentary filmmaking, of pretending that you’re a fly on the wall, instead of an elephant under the carpet,” says Tarquini.

A documentary about the first all-female race-driving team in the Middle East, Speed Sisters is a case where a niche subject is effectively used to look at a larger one. “It gives you an insight into everyday life in Palestine, which isn’t something that we tend to get,” explains Tarquini. “We get the news, and we get bombings, and we get the horror, but we don’t get what that’s actually like to live with everyday. Getting that insight through female race-car drivers is just amazing.”

It’s taken a long time to dramatize the earliest days of the suffragette movement in the United States, but what a cast (including Meryl Streep and Carey Mulligan) and crew to finally do it. The result is something long overdue. “It’s the first ever theatrically released feature film about the sufragettes, which is ridiculous,” says Tarquini. It’s also highly entertaining. “It’s populist as well as light enough for everybody to watch it.”

One of the chief aims of the F-Rating is to highlight films that feature complex female characters — not just rom-com stereotypes or one-dimensional action heroines. For Tarquini, Whip It, about a young Texan who discovers women’s roller derby, is a perfect example of a film with a broad representation of being a woman. “It does nicely tap into women being very physical and strong,” she says. “Getting bruised, hurt, and getting up and not giving a damn. But also pulling together and helping one another. It is such a good sisterhood film.”