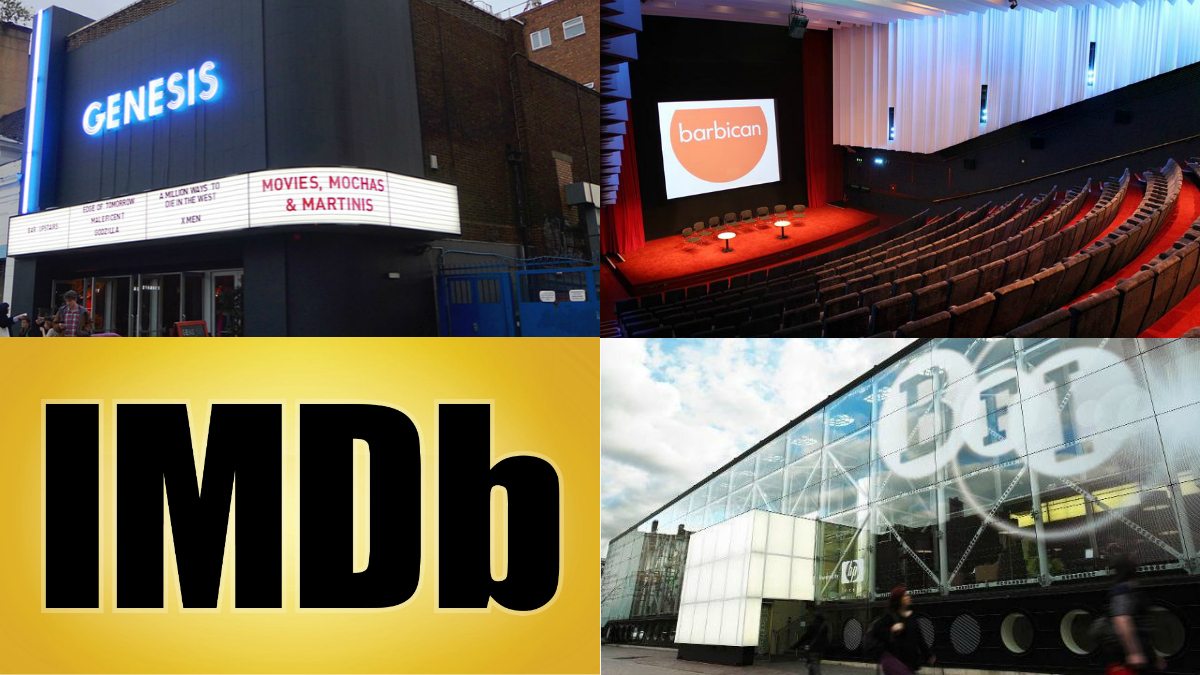 The leader of a campaign set up to highlight the amazing work that women are doing in film today coupled an announcement of three new successes for its F-Rating symbol with a plea for initiative to be made unnecessary by the end of the decade because 50:50 representation on screen and behind the camera is achieved.

Holly Tarquini made her plea on the back of the news that this month will see:

Holly said: “It’s always exciting when new organisations decide they want to join us in shining a light both on the brilliant work women are doing in film and on how far the film industry lags behind most other industries when it comes to providing equal opportunities to women. But our real goal is to reach the stage when the F-Rating is redundant because 50% of the stories we see on screen are told by and about film’s unfairly under-represented half of the population: women.”

The F-Rating campaign first began at the Bath Film Festival in 2014 after Holly Tarquini, the festival’s director, noticed that fewer than 5% of that year’s top 250 films had been directed by women. The festival’s response was to add a new F-Rated emblem to sit alongside the usual BBFC (British Board of Film Classification) signs for any title featuring women in a significant on or off screen role – a system since adopted by many other cinemas and festivals across the UK.

Barbican Cinema curator Gali Gold said: “The F-Rating is a simple and effective way to signpost films where the stories are told by and about women and to highlight the issue of gender imbalance within the film industry. We’re very pleased to support this initiative across the cinema programmes. We look forward to screening superb films and presenting lively debates with women filmmakers across the cinema screens at the Barbican.”

Throughout 2017, the Barbican in collaboration with Women in Film & Television (UK) and the London Film School, will present a series of six ‘In Conversation’ sessions highlighting the impact of women in the film industry.

The season starts with the January 19 preview screening of THE LEVELLING, a family drama set in a flooded Somerset, starring Game of Thrones actor Ellie Kendrick and directed by Hope Dickson Leach, also the founder of Raising Films, an organisation campaigning for childcare to be taken into consideration in filmmaking.

The host for the evening will be Kate Kinninmont, MBE, the CEO of Women in Film & Television (UK) who says: “Bravo to Holly Tarquini and F-Rating for launching this campaign and kudos to The Barbican and all the other industry organisations who are supporting it. We must all work together to ensure that we achieve equality of opportunity for all women in our industry, whether they work in front of or behind the camera. Onwards!”

Genesis Cinema in East London already F-Rates its film programme as part of its long- standing commitment to celebrating diversity on screen and is now planning to follow up on its popular #DirectedByWomen online campaign by screening at least one female directed film every week throughout this year and hosting 12 cross-collaborative events with female curators/partners combining great films, debate and discussion.

Genesis’s Michael Hall says: “Our early uptake of the F-Rating has shown our commitment to female filmmakers and female led content – the response from our audience has been incredible. People love the F-Rating and this, along with the success of our female led film, live music nights and many collaborations, has led us to making this bold statement for 2017: 52 films made by women in 52 weeks. It should just be a normal, standard thing to see this kind of programming but until it is, we’ll keep up our commitment and support for equity.”

A further boost for the F-Rating will come on March 7 – the eve of International Women’s Day – when the BFI Southbank will stage an F-Rating IMDb Hackathon, inviting volunteers to add a F-Rated keyword tag to all IMDb entries for films featuring women in significant on-screen roles.

F-Rated is a form of film classification inspired by the U, PG, 12A, 15 and 18 symbols used by the British Board of Film Classification but signalling the input of women rather than age/audience suitability. It is can be given to any fictional or factual film written &/or directed by a woman &/or featuring a leading female character whose role is not wholly dependent on that of a male actor. The F-Rating was first used at the Bath Film Festival in 2014 and has since been adopted by many other festivals and venues in the UK and beyond. In November, exactly half of the 46 full length titles shown at Bath Film Festival 2016 qualified for the rating, making it what is believed to be the first general interest film festival in the world to achieve 50:50 programming. At the same time, the festival also achieved record audience figures. For more information, please see www.f-rated.org.

Campaign founder Holly Tarquini was recently invited to give a TEDx talk about the inspiration and need for the F-Rated initiative. To view it, please see here.

Support for the initiative has come from many leading women in film including Amma Asante, director of A UNITED KINGDOM who says: “The F-Rating is a superb and necessary benchmark. One that all films and filmmakers should aspire to meet” and Sarah Gavron, director of SUFFRAGETTE, who says: “I am so glad that the F-Rating exists. We desperately need to shine a light on the issue of the lack of women in film. F-Rated is a fantastic way to draw attention to films that do employ women both in front of the camera and also behind the camera…Let’s all support the F-Rating and work together to help shift this imbalance once and for all!”

To view the F-Rated titles currently on IMDb click here.