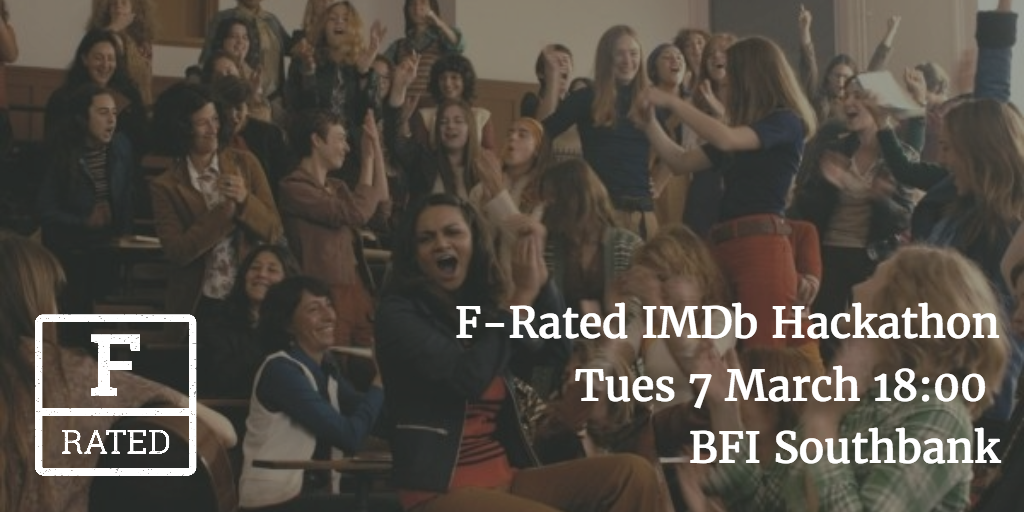 Sick of hearing about all of the terrible gender statistics in film?
Bored of women as stereotypes on screen?
Wish you could do something but don’t know what?
Here’s your chance!
The biggest movie website in the world, IMDb has added F-Rated to all of the films which are directed by women and written by women. We are running a FREE event where we will teach you how to add the F-Rated tag to all of the films with significant women on screen in their own right.
The F-Rating is used alongside the BBFC ratings (PG, U, 15 etc) to highlight films which feature women in a significant role on screen and behind the camera – a system which has been adopted by dozens of film festivals and cinemas across the country.
Any film which ticks one of the following criteria is F-Rated:
Is it directed by a woman
Is it written by women
Are there significant women on screen in their own right
If a film is all three then it is Triple F-Rated, the Gold Standard.
Come along, bring your laptop or tablet and make it easy to search the Internet Movie Database for films with significant women on screen in their own right and meet interesting, like minded people.
Free tickets for this event can be booked in advance by calling the BFI box office on 020 7928 3232 or at the counter between 11:30am to 08:30pm.