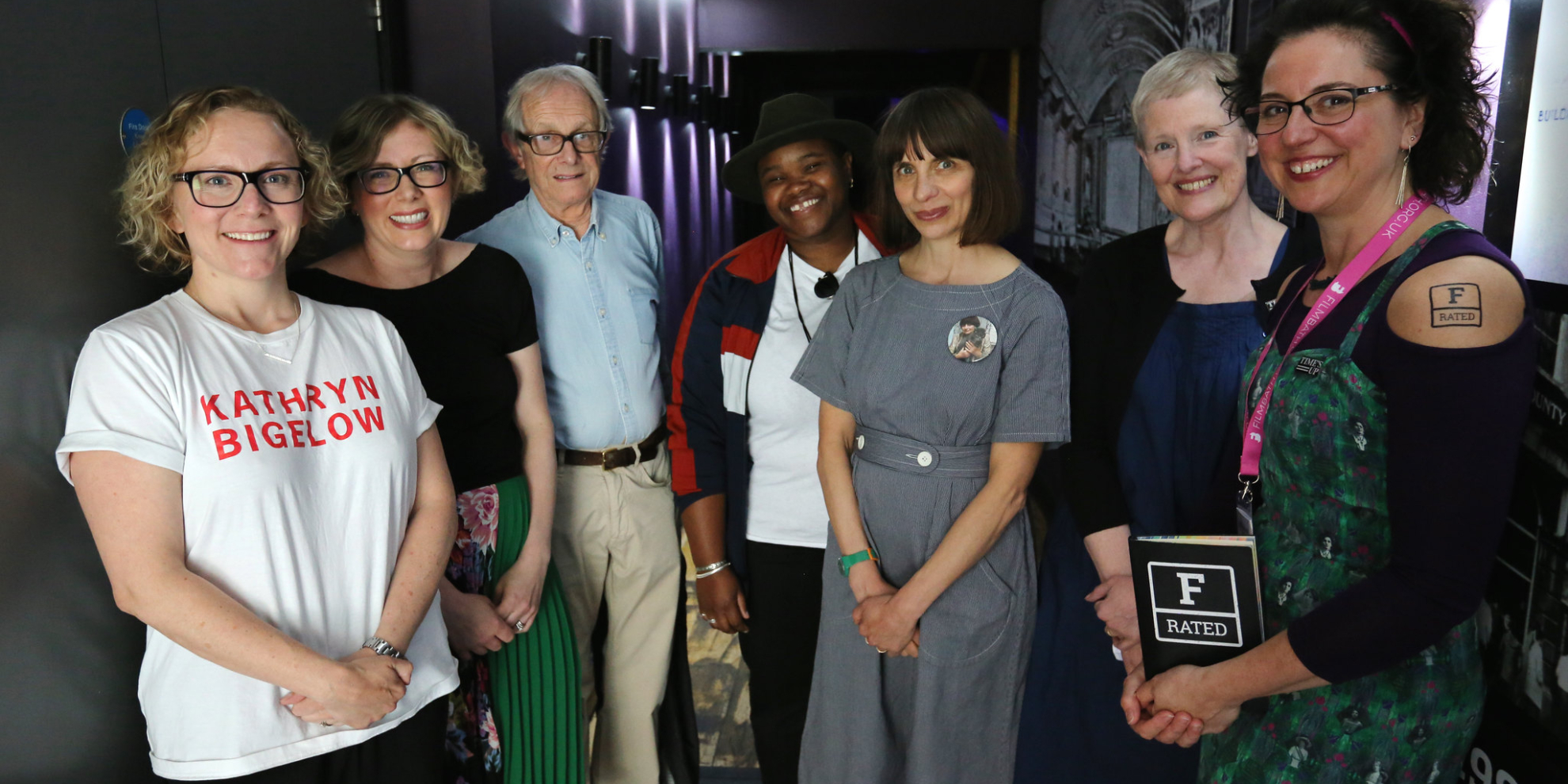 Back in 2018, we co-curated and hosted a remarkable day in Komedia in celebration of the centenary of the Suffragettes’ landmark victory on the road towards female equality.

Herstory founder Alice Wroe exploring why practicing women’s history is urgent, political and empowering for all of us.

Who Runs The World?

The accusations against Harvey Weinstein, followed by the #MeToo and #TimesUP movements, exposed the systemic sexism and abuse that have always been rife in the film industry. Our panel included Phillippa Lowthorpe (director of Three Girls, The Crown, Swallows & Amazons etc), Jennifer Smith (Head of Diversity at the BFI) Ken Loach, Joy Gharoro-Akpojotor (award winning producer) and Anna Higgs (producer, commissioning editor etc) chaired by writer, director and actor Kate Hardie, who explored how this moment could be harnessed to ensure we see and hear women’s stories on screen.

Prize-winning author Kamila Shamsie called for a year of publishing women; academic and writer Lara Feigel devoted herself to the study of Nobel Laureate Doris Lessing; and novelist Heidi Sopinka created a work of art based on the life and times of surrealist Leonora Carrington Alex Clark led them in a discussion about the obstacles women artists face.

This was a rip-roaring evening of award-winning comedy featuring irreverent acts from the Funny Women Awards.

Line-up incuded Thanyia Moore, winner of the 2017 Funny Women Awards and an all round amazing talent.

The show was hosted by the deliciously eclectic Ada Campe, voted Top of the Bill at the 2018 NATYS and top 10 nominee for the 2017 Funny Women Best Show Award.

We were also proud to present two West Country Regional Finalists from the 2017 Funny Women Awards. Sal Drummond, whose self-deprecating vignettes took a peek at family life for parents on the spectrum, and Louise Leigh who is navigating the choppy seas of middle age.

In tribute to Hayek’s perseverance behind this passion project (which came to light during the #MeToo movement) as well as to iconic artist Frida Kahlo, we present a very special screening of this wonderful film at the Little Theatre Cinema.

Flick through some of the photos from the day here